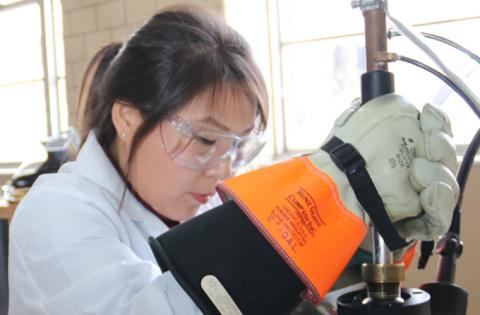 Refrigeration has been such an integral part of our everyday lives for so long that we rarely think of it. Our food is fresh and our offices and living rooms temperature-controlled thanks to the vapor compression technology developed over a century ago, and it is an integral part of medical care, transportation, military defense, and more.

At Ames Laboratory a new research consortium called CaloriCoolⓇ launched in 2016 with the idea that refrigeration could be radically better—cheaper, cleaner, more precise and energy-efficient—by abandoning vapor compression for something entirely new: a solid-state caloric system. And this research team plans to do it—including adoption into manufactured systems and products—within a decade. READ MORE